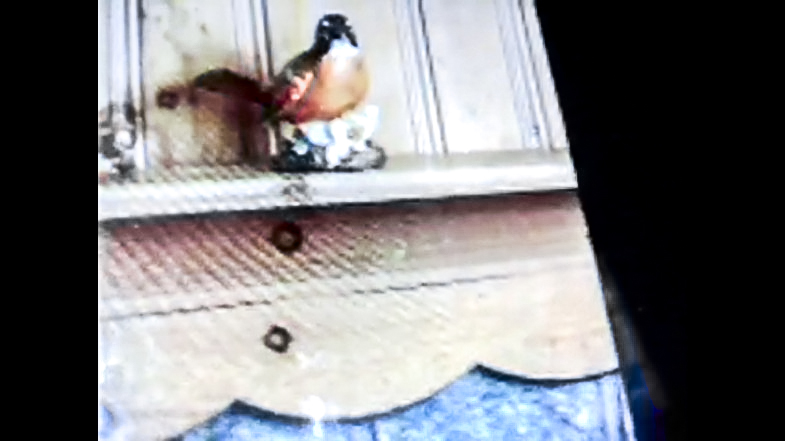 «This is a Low Tech Movie»  is  movie-performance brought to life by the manipulation of images and objects in real-time and filmed with webcams.

This movie-performance tells the story of 3 women traveling in a turmoil Europe in the 20th century. It departs from family photos and family storytelling, combined with old postcards and still images from films or television commercials showing women in domestic environments (cooking, cleaning, reading for children, entertaining house guests, etc.).

The travel begins with the photo of my sister on her wedding day. She is twenty-something. It is the ’80s. She is sitting on my mother’s lap. Mother and daughter look at each other. At the back of the photo, a misplaced object on the top of the T.V. tells another story.

The action is captured, edited and broadcasted live. Images presented in the movie are set in motion by the performer’s manipulation of objects in real-time and filmed with several webcams, without having any editing or post-effects.